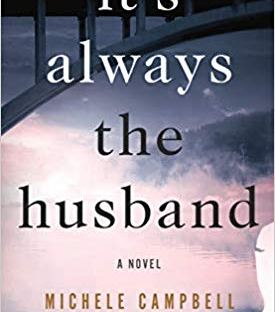 Kate Eastman, Aubrey Miller and Jenny Vega are assigned to room together as freshmen at Carlisle College.

Kate is popular and from a rich family.

Aubrey is dirt poor, at the college on a scholarship and ready to finally get a life and start living it!

Jenny is a townie from a loving family who dreams of making it big after college.

Lucas is a jock who secretly dated Jenny in high school until Jenny broke up with him. In college Lucas is one of the guys Kate dates.

Griff always loved Kate but Kate only tolerates him because he is rich.

One day, Kate and Lucas get into an argument when Lucas tries to break up with her. Kate gets really angry and pushes Lucas off a bridge. Tim, Aubrey and Jenny witness it. Tim runs into the water to save Lucas, Tim gets a head injury and does not remember that night. Aubrey was there to commit suicide but changes her mind. Jenny was there to stop Aubrey from committing suicide. Lucas dies.

Kate is unemployed, married to Griff, an ex-rich kid. Kate does not love Griff. She has numerous affairs. Her most recent affair is with Ethan (Aubrey’s husband) and she ends up pregnant.

Aubrey owns her own yoga studio, she is married to Ethan, a doctor who constantly cheats. Aubrey secretly loves Griff.

Jenny is mayor and married to Tim a construction company owner. Jenny has hidden the truth of how Lucas died from Tim and Tim still does not remember how Lucas died.

Owen Rizzo has just been hired as the town’s sheriff. He met Kate for a brief moment before her death. Now as sheriff he is determined to find out who murdered Kate. But he could be so fixated on saying that this was a murder when it could have been a suicide.

Loving someone who does not care about you

Ethan loves cheating and is currently cheating with Kate.

Aubrey, Jenny and Kate hold the secret of what really happened to Lukas.

Having lots of money gives the person access to the best of everything.

Kate’s dad is rich and so he was able to quickly get Kate out of the country to a place that she would not be extradited from. He then had the family lawyer handle the “new truth” of what happened to Lucas.

Kate’s family has a lot of money but Kate is a damaged kid. She lost her mom at a young age, she believes that her dad hates her and so she drinks a lot of alcohol, attends all the parties and does lots of drugs. When Kate is older she gets married to Griff a guy she does not love but he has a lot of money. Kate cheats on Griff all the time, she continues with drinking and doing drugs.

There was friendship, murder, suicide, revenge, betrayal, love, drugs, and the ending surprised me because the explanation of how Kate died was not what I though. I loved the book!!!!

This is a text widget, which allows you to add text or HTML to your sidebar. You can use them to display text, links, images, HTML, or a combination of these. Edit them in the Widget section of the Customizer.